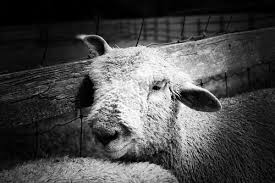 In a universe of galaxies, in a galaxy of solar systems, in a solar system of planets, in a planet full of people, how could God possibly be concerned with me? If you, like me, have ever embarked on a journey of self validation then this is the starting point of your quest because this is the question which plagues the lost. It is about worth and significance. Where do I fit? Would I be missed if I wasn’t here?

It turns out that God’s creation is all about detail. The kingdom of God is loaded, but it celebrates when the tiniest coin is returned to the treasury. The Kingdom of God has stacks of sheep but it revels in the stray that has been returned to the flock. Everyone has a part to play in this cosmic drama no matter how insignificant they may feel. It is like the ancient saying,

For want of a message, the battle was lost.

It’s just not the same without you.