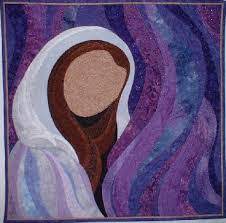 Saul, by now calling himself Paul, was also active sharing the Gospel.

Like Peter last week, he also had a dream.  A Macedonian appeared to him in his dream asking for Paul to come and help them.  As a result, Paul and some of his colleagues (Silas, Luke, and Timothy) cross over to Macedonia by ship.

They arrive in the city of Philippi.  They go to an outdoor place of Jewish prayer where they become part of the worshipping community.  They encounter a woman there named Lydia, who was a merchant in purple cloth.  Being that purple cloth was a luxury item, we can infer that she was fairly wealthy.  Lydia was Paul’s first convert, not only in Philippi, but on the whole European continent.

Lydia was described, prior to her conversion, as a “worshipper of God”.  This was a term used for people who, while not Jewish themselves, worshipped with the Jewish community and tried to live essentially Jewish lifestyles.   Throughout Paul’s ministry, his early converts in any city or town usually came from this group of “worshippers of God” or “God-fearers”.

Lydia is also important as an illustration of the fact that, in many of the early Christian communities of the first century, women held significant leadership roles.