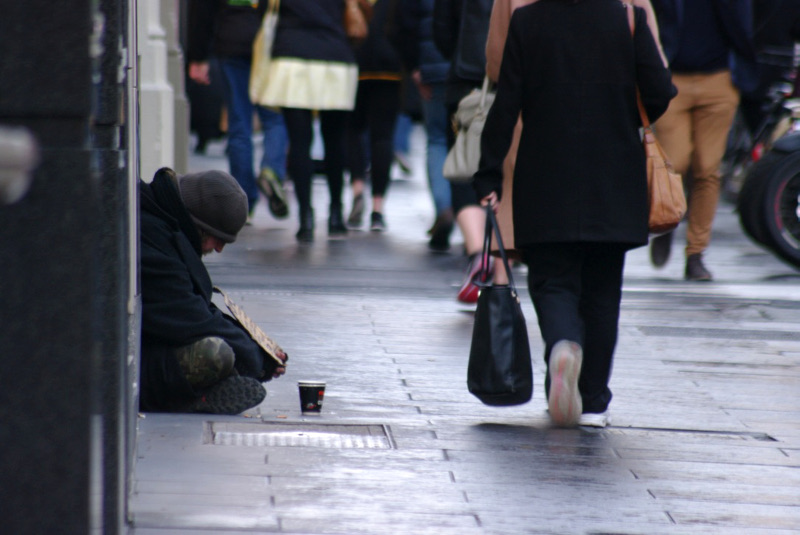 The Love of Money…

As I read this week’s Gospel- the parable of the rich man and Lazarus- I was beginning to wonder if there really IS a theme developing in our lectionary readings in recent weeks: of justice for the poor and vulnerable, and warning to the rich to behave compassionately towards the least of these, or if I’m just so one-eyed about this topic that I’m seeing it everywhere, even when it’s not there.

This reminded me of the time ten years or so ago when I led worship in a Sydney congregation where I had been worshipping for a number of months whilst caring for my mother. I preached on Prov 22:22-23: “Do not rob the poor because they are poor, or crush the afflicted at the gate; for the Lord pleads their cause and despoils of life those who despoil them.” At that time, the news was full of stories about the government’s poor treatment of asylum seekers (some things never change, eh?), and I made the point that the ‘poor and afflicted’ at our gate in the here and now were the asylum seekers who had come to us for help, but we treated them so badly. After the service, a fellow came up to me and said that he had never realised that the Bible was so relevant to everyday life today. (I smiled politely, and tried really hard not to let my chin hit the floor when he said this).

In this week’s Gospel, we see the poor, diseased beggar, Lazarus, sitting at the gate of the rich man’s home (it’s interesting that the beggar is named in the story, but the rich man is not). According to the story, the rich man did not do anything particularly harsh or cruel to Lazarus. He just failed to notice him at the gate, and failed to respond to the great need that was right at his front door. Perhaps the rich man was so caught up in working hard (to add to his already huge wealth), or enjoying the fruits of his labours, to see anything beyond his own comfort and desires.

I wonder how often we are guilty of failing to help someone in need right under our nose? This week let’s all pray that God will open our eyes, and help us to see those around us who might need our help, and inspire us to respond, and show the love of Christ to these people.