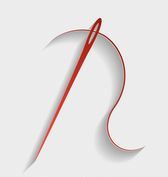 In the city of Joppa, a local Christian woman with two names, Tabitha in Hebrew and Dorcas in Greek, had just died.  She was known for her generosity and her practical works of charity.   Peter was in a nearby town and the mourners called for him.

When Peter arrived at the home of Tabitha/Dorcas, her “wake” was in progress.  Many of her friends were wanting to show Peter all the various garments which were made by Dorcas/Tabitha as acts of kindness to those around her.  (Despite the lack of photographs, PowerPoints, and a projector, it may have seemed a bit like the frequently tedious “tribute-oriented funerals” that are popular in our own culture today.)

However, Peter had other ideas on his mind.  He asked the assembled crowds to let him be alone with the deceased.  He knelt in prayer near the body and then said, “Tabitha, get up.”

It’s hard to know who was more surprised:  the crowds (when they saw Dorcas was alive again), … Peter, … or Tabitha herself.  My own guess was that the one who was most surprised was the lady herself.  (Please make what you will out of the biology of this event.)

In all this, the on-going ministry of the risen Christ continued in Joppa.