Abundant thanks for Sue Walker! 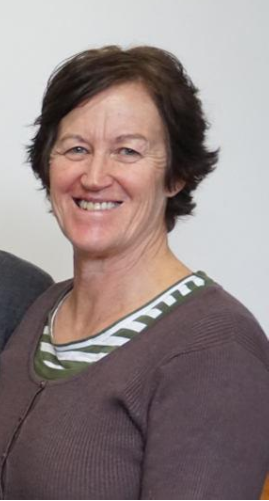 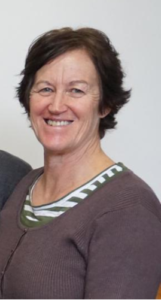 After nearly twenty years working in the Tasmanian office of the Uniting Church, Sue Walker plans to retire in July this year. The February Presbytery gathering in Hobart recognised the long and significant contribution of Sue with a minute of appreciation and warm affirmation.

In June 2000 the then Synod of Tasmania advertised for a part-time office secretary, whose tasks were to include reception, audio typing, work processing (some desktop publishing), and general office secretarial tasks. The qualifications listed included Microsoft Office computer programs, accurate typing, prepared to be flexible, and understanding of Uniting Church ethos. The advertisement in The Examiner read, “An adaptable person who can relate well to working in a Church position is encouraged to apply.”

In August 2000 the then Moderator, Rev Rob Brown, wrote to confirm a telephone conversation in which Rob had offered Sue the part-time secretarial position, commencing on Tuesday 8 August 2000 at the Synod office in Margaret Street.
On 12 December 2002, following the merger of the Victorian and Tasmanian Synods of the Uniting Church, Sue was offered an equivalent position under the new UCA structure by the then General Secretary of the Synod, Rev Dr Robert Johnson, commencing 1 January 2003. The position was accountable to the Associate General Secretary, Rev J Allan Thompson, and in a performance review from this time Sue noted one of her objectives as “recognising that each person who phones is important and has a right to be heard and respected and listened to with understanding.”

Sue has been closely involved with Kids Camp-Out, in organising the events and preparing materials, as well as acting as a storyteller. Many of you will remember Kids Camp-Out as a big event held at Ulverstone, with each Parish sending along lots of kids, cooks etc. In more recent years Sue has been involved with initial planning and background preparations, as well as associated administration tasks.

On top of her office secretary duties, Sue also served as Secretary of Presbytery around 2010 to 2012, which included helping set meeting agendas, writing minutes and handling correspondence. The Presbytery of Tasmania (including the then Chairperson Rev Brian Cole) at the time greatly appreciated Sue’s capable handling of this extra role; her calm, cheerful attitude; and her willingness to serve the Uniting Church by attending weekend meetings in her own time.
Through 2010 and 2011 Sue undertook a Certificate III in Printing and Graphic Arts through the Tasmanian Polytechnic. Sue also undertook First Aid training including performing CPR and providing basic emergency life support. Sue has been the primary point of contact for many of the requirements introduced in recent years to keep everyone safe: OHS logbooks, Keeping Children Safe policies and Working with Vulnerable People registration, and care for the cemeteries which the Church manages.

This information from the Church’s records only skims the surface of Sue’s interactions with people from across Tasmania and across the Synod over the past twenty years. An online calculator estimates Sue will have been employed for just over 7200 days by the time she concludes. Of course, Sue has valued working only half time so that she can do all sorts of other interesting and enjoyable things in life, and that is a key part of why Sue has decided the time has come to conclude her employment with the Uniting Church.

The February Presbytery meeting in Hobart used the orange consensus cards to indicate the large number of people who Sue has personally interacted with, and the deep warmth with which she is held. The Presbytery of Tasmania, and by extension the Synod of Tasmania and Victoria, recorded its sincere thanks for the long and faithful service of Sue Walker. Sue’s husband Allan and one of their sons, Scott, were present to hear the Church saying nice things about her. We wish Sue a long and enjoyable time of retirement with her family and friends – a full measure of the ‘abundant life’ that Jesus talks about in John 10:10. Sue will conclude her time in the office on 24 July 2020.