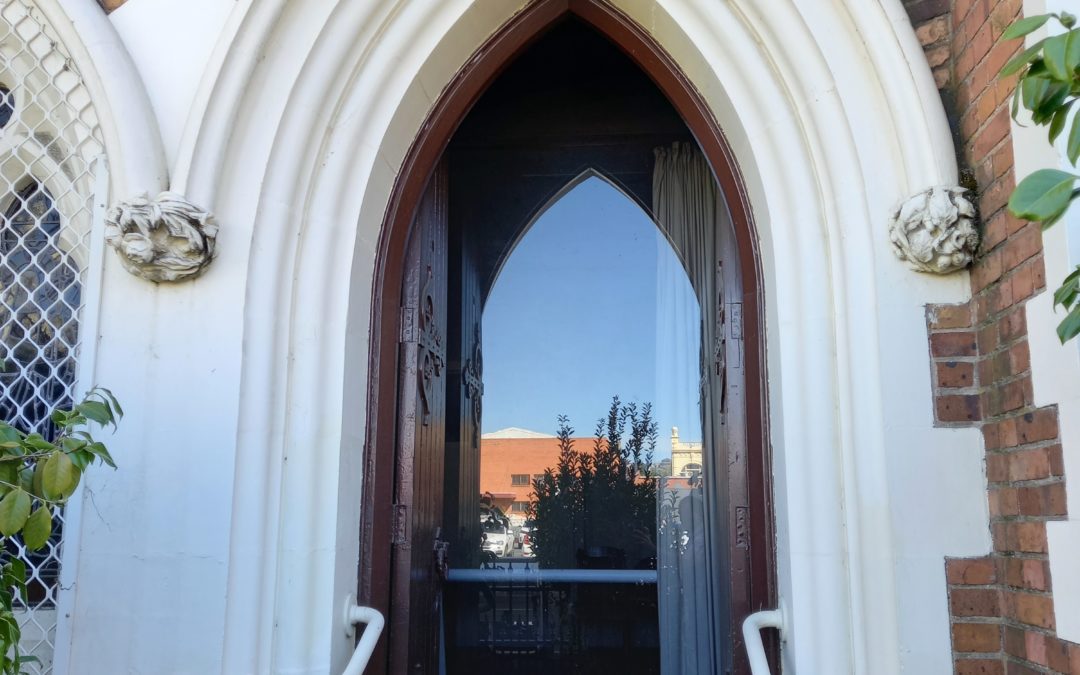 The disciples are huddling together and have just heard Simon’s account of his walk with Cleopas to Emmaus, and how a stranger had started walking and talking with them. He is talking about how they were surprised that this stranger did not seem to know what had happened in Jerusalem – that the man, Jesus of Nazareth, a prophet sent from God had been handed over by the chief priests to be condemned to death and crucified. But then the stranger, with whom they shared their story, explained these things to them and broke bread and gave it to them: and their eyes were opened. Then they recognised the stranger as Jesus – the risen Jesus!

While Simon is still sharing this story of his own experience, Jesus appears among these fearful, huddling-together disciples too and says “Peace be with you.” He understands their doubts and fears and shows them his wounded hands and feet. While in their joy they are still disbelieving, Jesus asks them to give him something to eat, and he eats the piece of fish so that they can see he is ‘for real’. He then explains the scriptures and prophecies in a way that they can now understand and says “You are witnesses of these things.”

Jesus, in his wisdom, knew that his disciples, who would be the first people to pass the message on, needed to have a real experience of his resurrected presence. He showed them where the sacred scriptures had prophesied his death, and how he was fulfilling what the prophets had said and written. There is continuity here. “You are witnesses of these things.”

Telling our story matters. The disciples were still confused, but Jesus is telling them to pass on what they know already – what they have experienced and witnessed. This is their story. We too have a story of our relationship with God. We still have fears and doubts, as did the disciples. But believing what seems impossible can change us too. As with the first disciples, sharing our doubts and fears with each other can be a significant part of our growing relationship with this God-man Jesus, who came to show us the way of love. It is the story we live, even when we are not talking about it.