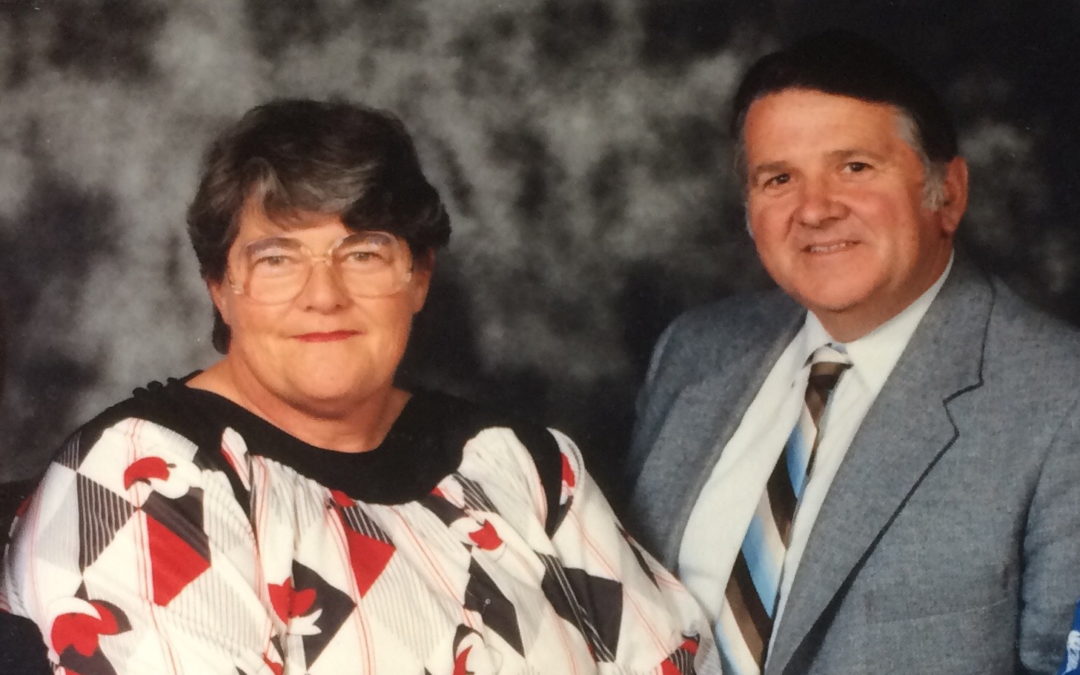 The following Minute of Appreciation was presented by Beryl Osborne at the 1 June Presbytery Meeting with Cliff and family in attendance.

It gives me much pleasure, on behalf of Presbytery, to say thank you to Clifford Arthur Walker for 15½ years of service, that is to say ‘paid’ work, to the Presbytery of Tasmania. His actual preaching was over a period of 62 years.

I first heard of Cliff Walker in 1957 when he started playing badminton at Invermay Methodist Church Badminton Club and my father told me of this young man who had eyes for one of his badminton protégées, Pat Ellings.

Pat and Cliff married and became a team when he was 23.

I finally met Cliff when they came to live in George Town where Cliff worked at Comalco. He became active in the local Methodist Church as a leader and a Lay Preacher in the Lower Tamar River area.

Cliff was not quite 50 and wondering if he should follow doctor’s orders and retire. Was it God’s calling “Be still and know that I am your God” or Pat’s interpretation “Stop trying to figure it out, you know what you have to do so just do it” that made the decision? For six months he worried, “What if it wasn’t God” and then the calls came.

This was a time when Cliff says he learned to really rely on God; to learn, listen and ask for guidance, as full-time ministry was so different from Lay Preaching and he felt inadequate.

And so began 15 1/2 years of ministry. By this time their children, Karina and Stephen were independent and they were free to serve and begin a migratory life, starting with Sundays at Ross and Campbell Town to preach and provide pastoral care in that district. He did this for a few months but was not able to give the care he felt the people needed and as a result he found himself in full time ministry – 3 days at Ross/Campbell Town, 2 days on Flinders Island and 1 day at Rossarden. Then the time at Flinders Island and Rossarden ceased and was replaced by the Parish of Longford/Cressy.

After 7½ years of this migratory ministry the big move came when Cliff and Pat moved to King Island for a 2 year settlement, followed by a 3 year settlement at Break O’Day and living at St Helens.

This appointment lasted until the end of 2003 when “at doctor’s orders” he ceased full time ministry. These are Cliff’s words, but not those of the people of George Town where he and Pat retired, as he continued to preach, baptise, marry and bury in the George Town Uniting Church. The general population of George Town regarded Cliff as minister of the Uniting Church and respected him in that way. He went to great lengths to persuade the Church Council that he wasn’t.

After six years of suffering with cancer Pat was called to her Lord in May 2013 and last year, due to ailing health, Cliff could no longer lead a full service, reduced his preaching time and retired from Parish positions. However, he did ensure that ministry went on in George Town as he encouraged others, especially his daughter, Karina, and Garry Jones.

Finally, just this year, Cliff retired from all ministry and became inactive as a Lay Preacher. In Cliff’s words, “he remembers that a request to do 2 months ministry on the West coast lasted for 15 ½ years and he is very thankful for this. Because of lack of training in the early days he thought and stated many times that he was ‘only a Lay Pastor’ until one day a dear, elderly clergy friend said ‘if God calls you, you are never and only’. He gives thanks to God that he didn’t know too much and had to rely on Him. The 15 1/2 years of ministry was never Cliff’s alone but Cliff and Pat’s”. Thank you, Cliff.