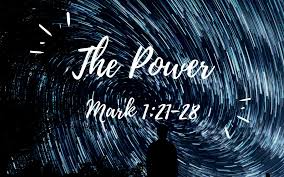 On the crest of the Cummins Area School, where my children began their formal education, is the slogan “Knowledge is Power”. I’m sure I’d have impressed you more if I had given you the Latin version of this proverb but if you don’t know Latin then the power of knowledge would be lost…which is obviously why  it appears on the school sweater in the Queen’s English!

Anyhow, Jesus’ knowledge is all powerful!

In an era when philosophy and theology were enjoyed, explored and debated in the cosmopolitical phenomenon that was the Greco-Roman-Hebraic cerebral landscape, to hear something new, different and beyond the wisdom of the day would have really got the chins wagging.  Let alone, a knowledge that comes with the power to operate in the mystical realm where principalities and powers likely impact upon the day to day events of ordinary life more than we will ever care to explore, let alone admit!

All a half century of life has taught me is that, the more I know, the more I realize I don’t know much at all.

Knowledge of Jesus truly is power.

And you know what?

If the wisdom of the universe and the keys to the mega and metaphysical mysteries can be found in any one human being, I want to be friends with that person.

I want to be friends with Jesus.