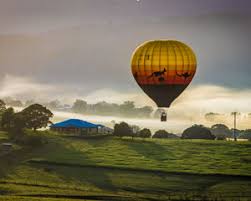 Extra, extra, hear all about it! God is up in a balloon watching over us all from a distance.

Newspaper selling and science have both changed so the early parts of the Isaiah passage appear quite quaint or out of touch with reality. However, the attributes of God in the second part, being on the side of the vulnerable and being a source of strength for the journey of life are timeless. I am old enough to remember the scene from Chariots of Fire when Eric Lidell reads this passage in church over the struggles of athletes in the Paris Olympics. I’d be tempted to show the clip.

The Psalm picks up God’s concern for the vulnerable and links that with God’s delight in the environment. O that we were so delighted to place these two issues in the highest priorities of our steadfast love.

How many of us would embrace the flexibility of Paul to connect with others? We are often worried about the boundaries between appearance and truth rather than the connections between them.

We rejoice with Simon’s mother-in-law who is the first woman directly mentioned in Mark, and commend the work life balance of Jesus through healing and prayer, but are puzzled that when everyone is searching for him he heads in the opposite direction.