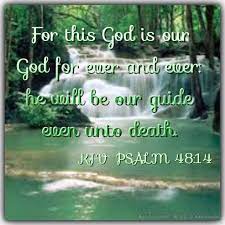 Zion, Jerusalem, the City of God or is it that strife ridden, seat of conflict, spot on the planet which has caused more trouble than any other?

Psalm 48 probably emerged in an atmosphere of elation after a great deliverance. We cannot know the story of that event but it most certainly became the catalyst for a prophetic Psalm of hope and expectation.

Zion is exalted, not because of some moment in history but because of the great king who resides there. Here is a rich prophetic element and whilst we may sing this Psalm as a celebration of delivery it is so much more.

As we read, clause by clause we are led to a vision of THE CITY OF GOD, the city where God reigns. This vision anticipates two great hopes, expectations and objects for celebration In parallel and probably not separate; a vision of that heavenly city where God reigns and that ‘new heaven and new earth’ referenced in the N.T. They are visions, they are great hopes, embedded in Psalm 48.