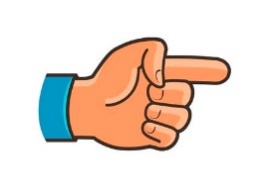 These old prophets… such a way with words!

“The messenger of the covenant, in who you delight – indeed he is coming, says the Lord of hosts”.   Any bets on the next word? Yep, that’s it: “But”.
“But who can endure the day of his coming…?”

A wonderful reminder that we need to read scripture verses in context. In Malachi (like most of the prophets), much of the context is taken up with criticism of the way the people live in relation to one another, and thus to YHWH, the Lord.

In such a context, the words of Malachi read a bit like this:

“You know that Messiah you keep longing for? That anointed messenger of the Lord? That one in whose promise you delight?  Well, be careful what you wish for!  It may not be what you think.”

He goes on to talk about how the anointed one will be a “refiner’s fire”, a way in which the Lord will remove the things that get in the way of faithfulness, and create something new and alive with faith.

All good, except that the refining isn’t about OTHER people, it’s about THEM: the people to whom Malachi relates his vision and prophecy.

I’m sure I’m not alone in wishing sometimes that GOD would or could step in and ‘fix’ everything that’s wrong with the world.

Prophecies like Malachi’s remind me that whenever I point the finger at someone else, it’s helpful to note, too, where the other 3 fingers are pointing!