My Long Journey of Faith over 40 Years

When I focus back on what has happened in the last 40 years, I can relate to why and how these experiences with my walk with God had happened.

40 years ago, after many horrific experiences such as, miscarriages, breakdowns and 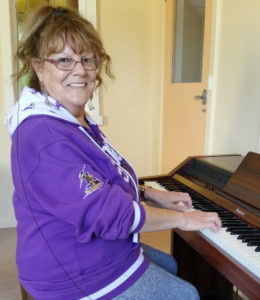 depression, divorce and three young children to raise, I began fellowshipping with Christ Anglican Church in Keilor Melbourne, Some months later, I received a strong calling from God. After discussions with the Minister of the Church, I went forward for interview with the then Archbishop David Penman to undertake studies to become an ordained deaconess.

It was such a huge step in faith but I followed through in obedience.  I commenced studies with Ridley College towards my Bachelor of Theology Degree.  Then, after some time, I found that financially and the commitment of raising my children, I was no longer able to continue studies.

I encountered many experiences over the following years and after my children had grown up and were settled with their own families, I felt this strong force to move to Tasmania.  Once again after many hours of prayer and thought I stepped out in faith and moved from Melbourne to Tasmania.

I was here in a new State and felt lost but I knew that there was a stronger force that was taking care of me.  I hadn’t fellowshipped for quite a while and this was on my mind continually.  I was offered a position at Bridport Primary School as a music tutor and taught for 12 months.

A unit became available at Northbourne Retirement Village in Scottsdale, so once again, I packed up and moved.  I was suddenly living in a new town and in the environment of retired people.

I couldn’t work out what was happening.  Then, I was led to fellowship at the Uniting Church Scottsdale.  One of the residents found out that I play the organ and they needed an organist at the Church.

It was here that my new journey with Christ begun.  Unfortunately, after a simple operation, I was admitted to ICU for 2 months.  I don’t remember much, but God had his hands upon me.

He wasn’t ready for me yet and I was back again to my walk with God.  February 2017 I received another strong calling from God and was led into commencing my Period of Discernment.  I have just completed this Period of Discernment.    Boy, what an exhausting 12 months it was. I undertook continually theological studies online and was involved with preaching, bible readings, welcome to worship and conducting full services except for presenting sermons.  With my strong faith and trust in God I overcame all obstacles that were placed before me and became a stronger person in Christ.

I went before Presbytery Pastoral Relations Committee and my Period Of Discernment was confirmed as completed and that the calling that I received to undertake studies in Pastor/Chaplain was confirmed.  I am so excited and am thanking God continually each day for the long journey that I have been on, the experiences that I have encountered, and the preparation that God has been giving me for my future Ministry.

I cannot imagine my life without God being by my side.  Praise God for his strength and blessings that he is continually showering me with.