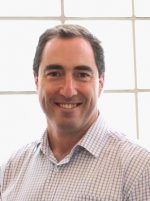 Rohan Pryor has been appointed as the new Synod Liaison Minister, and commences this ministry role in April 2018. Rohan represents the Synod in Tasmania and leads the presbytery staff team, and is the point of contact between the Synod and congregations in Tasmania.  In the capacity of Presbytery Minister – Pastoral Care, Rohan is responsible for oversight of pastoral care for all ministry workers. Rohan also has overall responsibility for the Tasmanian office.