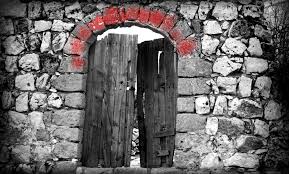 TO TALK OR NOT TO TALK

It ‘s been quite a while since we first heard about Covid 19. Yet we are still not quite used to it. Remember when you first heard about it. It certainly was scary for many. It seemed apocalyptic. I’m sure that the thought that this could perhaps, be the start of ‘the end of the world’, occurred to many. Maybe that was the experience of some of us. Or at least, that this new developing catastrophe was of God’s doing. Perhaps hundreds or thousands wondered, “Where is God in this? Is this punishment for the world?

Strangely though, I have heard no mention of such speculations.

I have read of various, apparently care-free, individuals who dare to believe, “No, it won’t effect me. The best way to deal with it is to just go on with our life, as if there is no threat.” That’s how they have acted. The general majority however, admit to the matter being most serious indeed. Many feel compelled to routinely keep up with the developing news, and not just in regular night spots.

The widespread intimidated reactions of billions of people throughout the world brings to mind the startling situation in the Exodus story when God’s chosen people were given the news from Moses and Aaron that there would a plague that would pass over Egypt that would strike down ‘the first-born of all humans and animals’ without favour, unless the people of God carried out particular orders including the painting of blood around the outward door-post of houses. It must have been very scary. Alarming albeit in a different way. How could they be confident that the plague would pass them by? They must have been very frightened indeed. I’m sure they talked and talked and talked. That why I wonder how many of us have been frank in sharing our anxieties with fellow Christians?

Perhaps however, there is another approach that is more effective. As we are urged in Matthew 6:14 (The Passion Translation) “Refuse to worry about tomorrow, but deal with each challenge that comes your way, one day at a time. Tomorrow will take care of itself.”