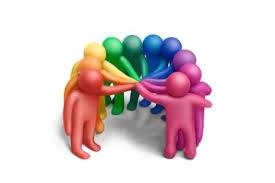 It’s been a few months now since the federal election, and the swearing in of our new government. Already, there have been various stories in the media criticising various things that the Prime Minister has done (I seem to recall the nickname of ‘Anthony Overseasy’ doing the rounds at one point, in response to the PM’s trips overseas in the first months of his term). And I’m sure this won’t be the last time that the media, or people in general, make critical comments about the PM or other elected Members of Parliament.

Regardless of what we might think of their politics or behaviour, the bottom line is that as Christians, we are called to support and pray for those who are in authority, and have responsibility for leadership in our community. In this week’s epistle reading, Paul says:

“First of all, then, I urge that supplications, prayers, intercessions, and thanksgivings be made for everyone, for kings and all who are in high positions, so that we may lead a quiet and peaceable life in all godliness and dignity.” (1 Tim 2:1-2).

Whilst we might not always agree with what our leaders do or say, we are called to pray for them, “so that we may lead a quiet and peaceable life in all godliness and dignity”. I sometimes wonder what difference it would make to Parliament Question Time if such godliness and dignity were to characterise the way our elected leaders related to each other. Maybe if we keep praying for them, we might find out.