When Technology Can Bring Us Together 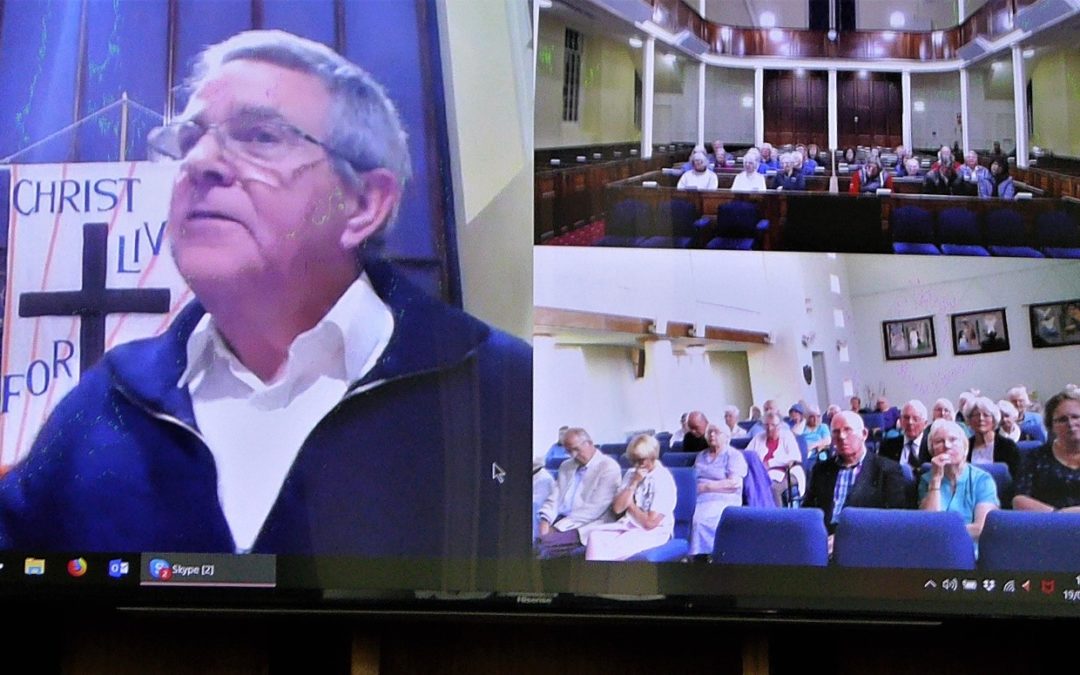 Recently, members of the Scot Memorial Congregation Hobart were reminded that they are part of a worldwide church when they shared a combined service with friends at the Northstead Methodist Church, Scarborough, UK. Thanks to modern technology (Zoom) the two congregation were able to worship together; Scots Memorial at 7.30 in the evening and Northstead at their normal time of 10.30 a.m. The service was led by Graham Sturdy the current minister at Scots Memorial who was minister at the Scarborough church from 1994-2001. During the service the Scots Memorial Thirsty Ground group sang a couple of their newly composed songs. One of the songs, ‘will you walk this path with me’ related well to the reading from the letter of Paul to Philemon. Two members of the Scarborough congregation read this bible passage and Jeff Gray led the ‘Prayers for Others’. The music was provided by the Northstead organist and here in Hobart we sang along with them (almost in time!!). We introduced the UK congregation to two of our favourite songs; The Aboriginal ‘Our Father’ and TiS 779 ‘May the feet of God walk with you’.

Apart from a few sound difficulties in Hobart the service was much appreciated by both congregations with the promise that they would ‘do it again’. This wasn’t the first combined service for the two congregations; they worshipped together last year and two years ago Graham led a Scarborough service from his lounge room.